Commissioned by the Department of Defense, Technifex XR engineered and fabricated two identical 52-foot mobile training simulators.  The simulators were designed to teach U.S. troops how to identify potential Improvised Explosive Device (IED) threats and included a custom built 6-degree of freedom (6DOF) motion base that provided complete articulation of a Humvee with up to five passengers.  A multitude of visual and physical effect were used to place the vehicle into particular environments, as well as replicate enemy fire and a significant IED hit.  This included a 270 degree, seamless, wrap-around projection, scent, smoke, concussive blasts, strobes and high-fidelity audio.  Together, the system produced a highly realistic experience of riding in a Humvee, being attacked by an adversary and hit by an IED. 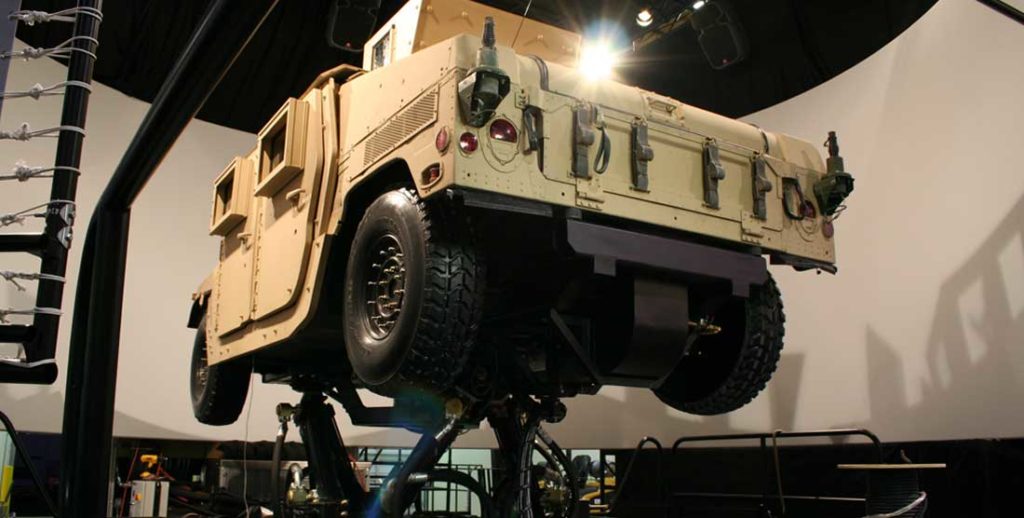 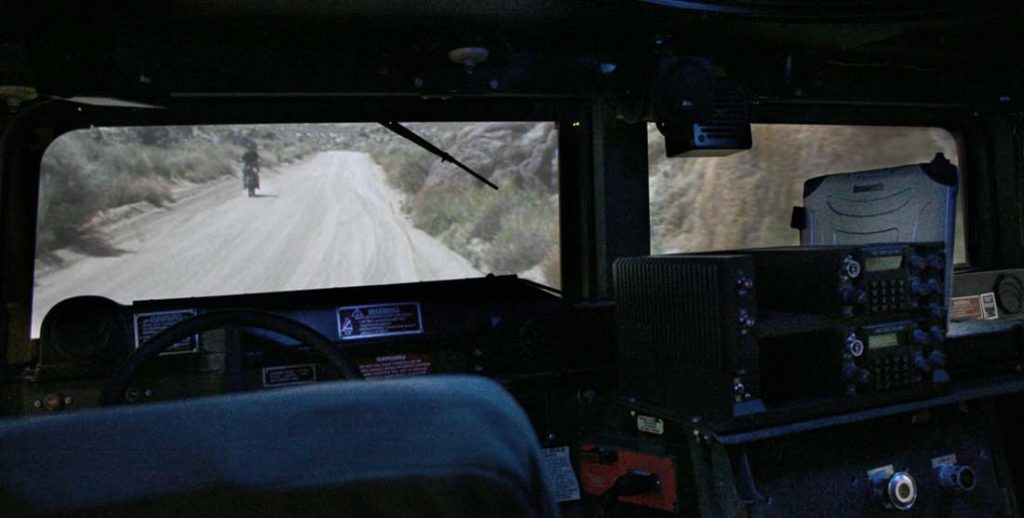 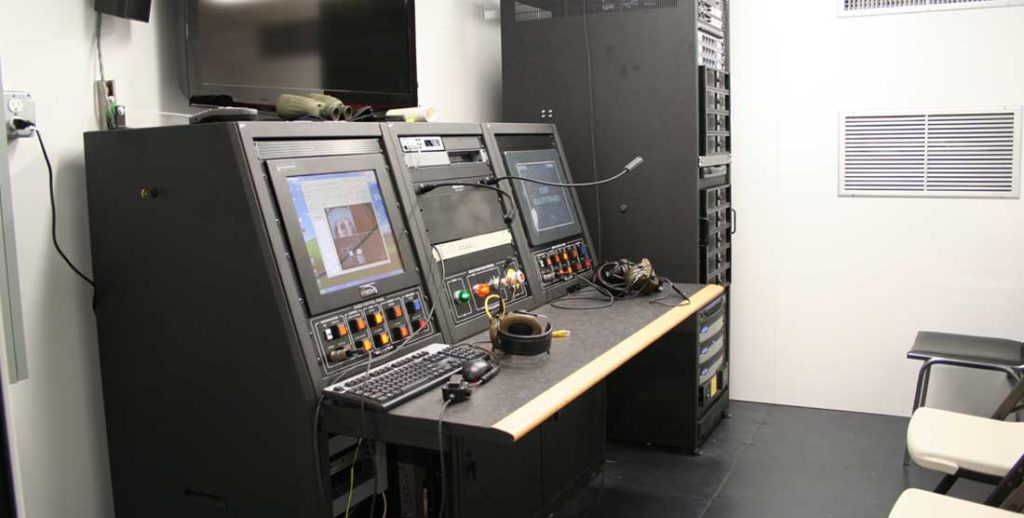 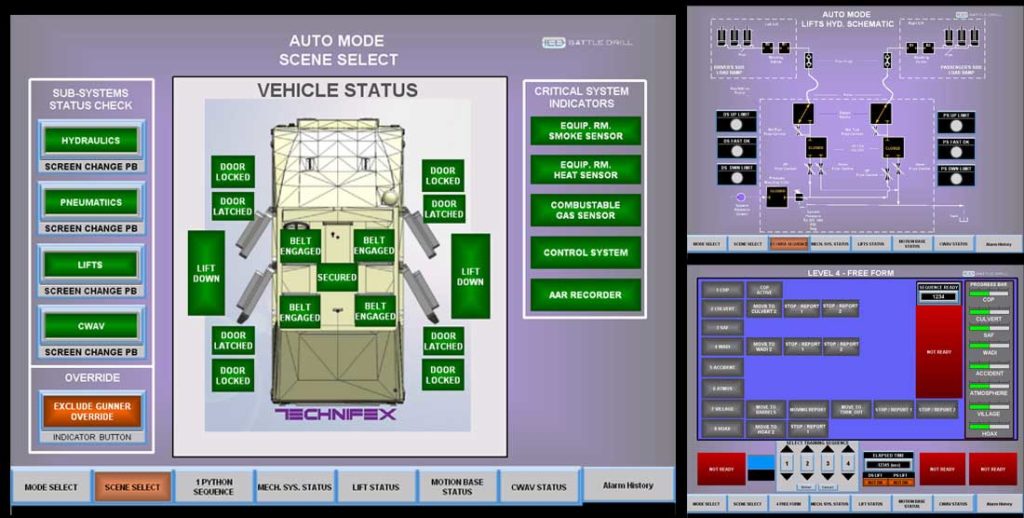 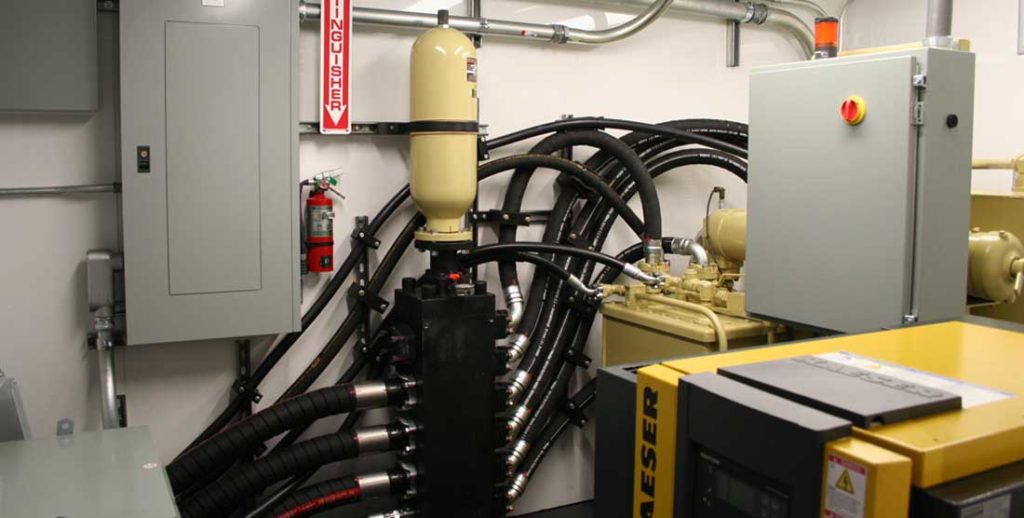 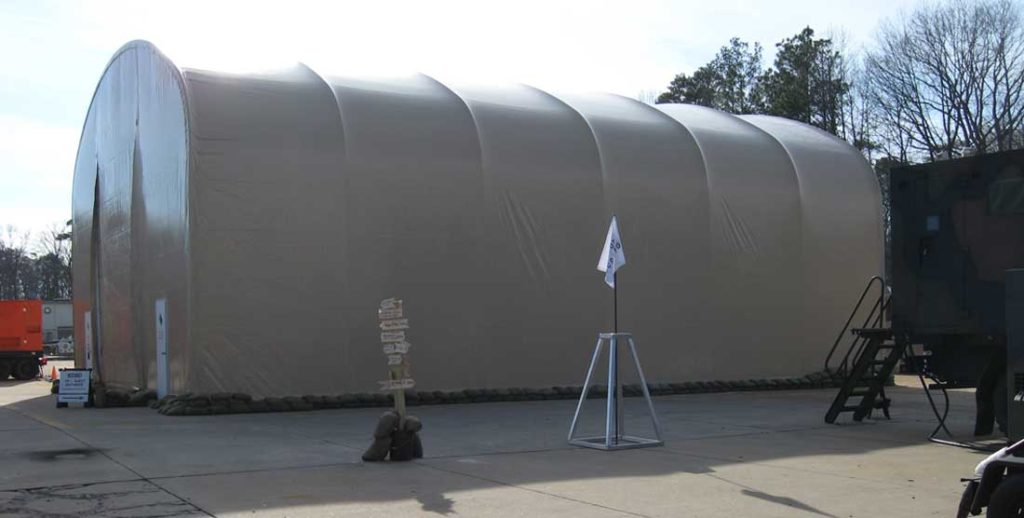 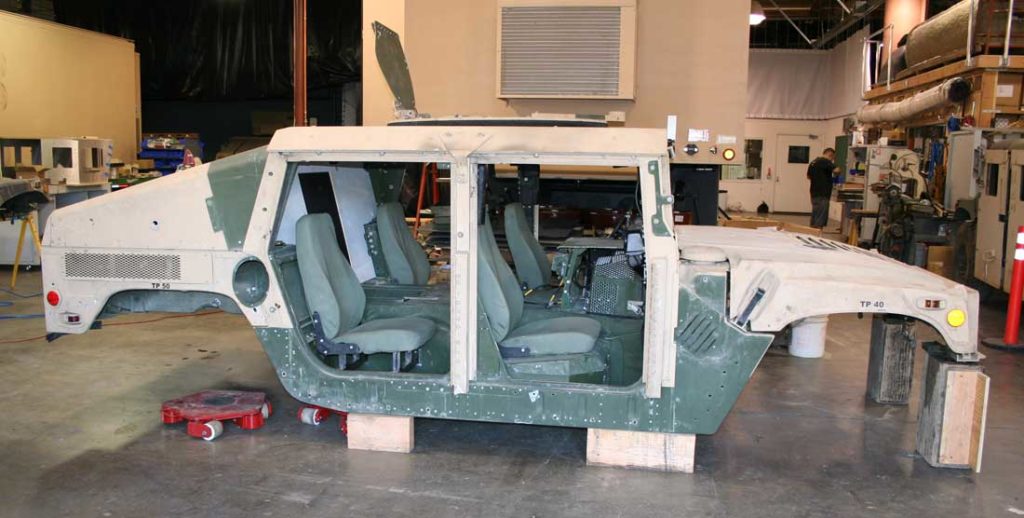 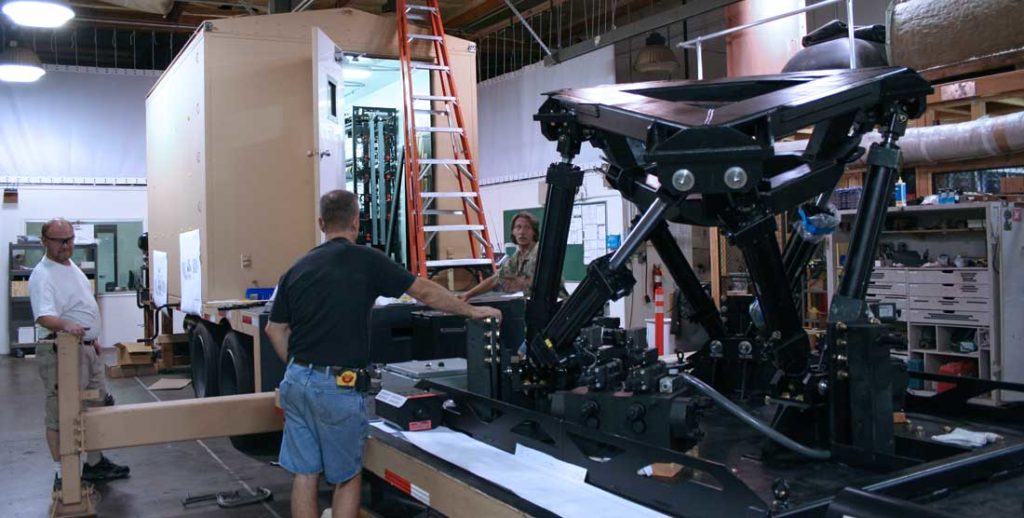 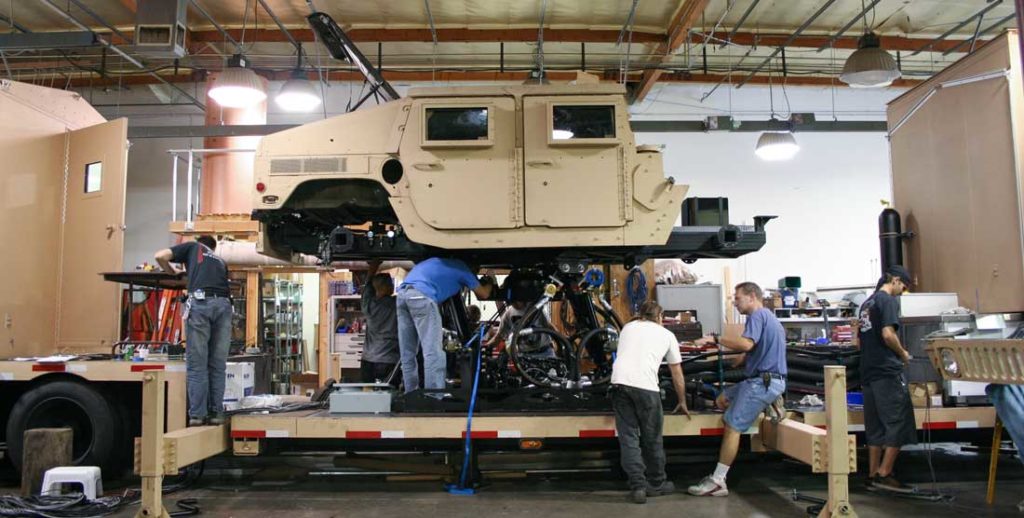 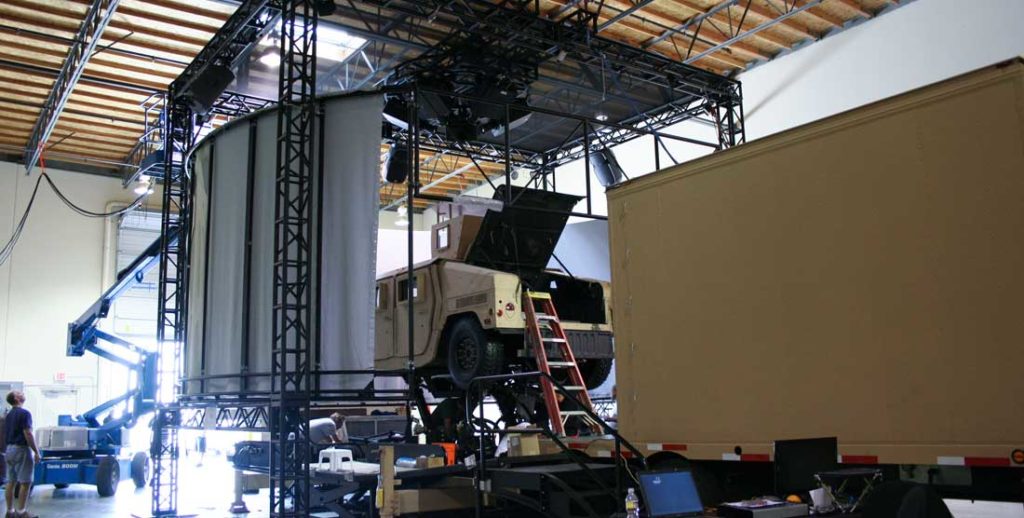 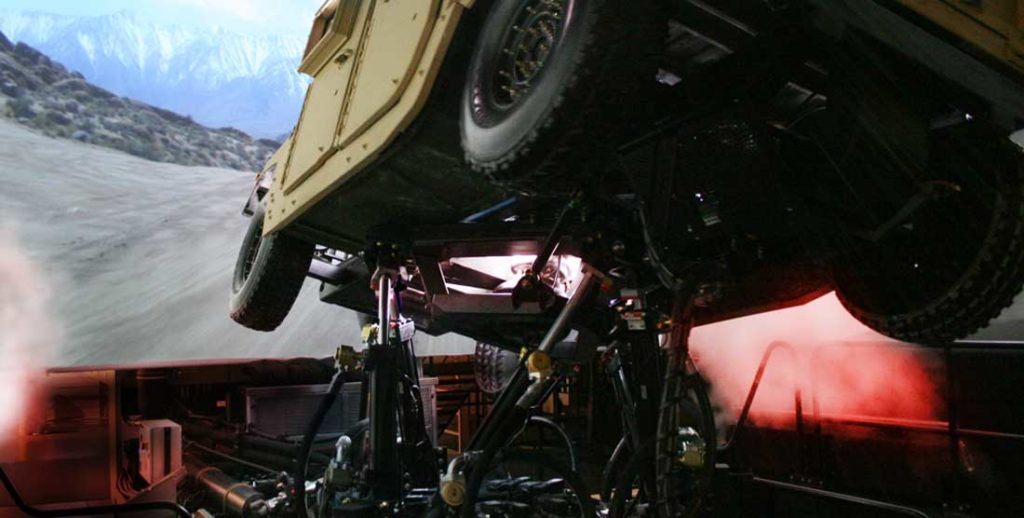